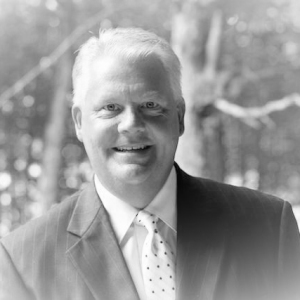 Vision for the Road Ahead!

The Price of Passion – 2

A few days ago, we talked about the price of Passion!  It centered on the fact that Passion is often times just a little outside of our Comfort Zone.  To live a life marked by Passion we have to be willing to pay the price of not always getting a pitch right down the middle to swing at.  But there is one more characteristic of Passion we want to cover, and that is this.  In order to live a life of passion, we have to be persistent.  Did you know that some of the greatest Hall of Fame hitters of all time in baseball, also have led the league in strikeouts?  Now what would have happened if they had simply given up, gone back to the dugout never to return to the batters box after whiffing on their last at bat?  They never would have had success.  They would never have hit that record breaking homerun, or knocked in the winning run, or led the league in RBI’s.  It was their persistence that drove their passion and their passion that drove their persistence.

There is an Old Testament story about a prophet named Elijah who learned the importance of persistence.  In 1 Kings 18:41 – 46, we read the story of Elijah predicting rain to hit for the first time in years,  planning on it by telling the king he’d better head for home and shelter before it came, then being persistent enough to send his servant to look for what God had promised over and over again.  Seven times he wound up sending him back to where he could see the horizon and look for impending weather.  Six times, there was nothing.  But on the seventh, there was a cloud, just a small cloud, but a cloud nontheless.  And Elijah knew that his persistence and the planning had paid off; God was keeping His promise!  How many of us pursue something with passion, only to have it not happen right away, and we give up.  We give up on others, we give up on ourselves…….we give up on God!  Simply because we live in a culture that has made us believe everything should happen instantly!   How much do we lose out on, because we do not passionately pursue with persistence!  Passion comes with a price, and that price is sometimes simply persistence!  Don’t give up that job search.  Don’t give up on reparing that relationship.  Don’t give up on being a witness. Don’t give up on your marriage.  Don’t give up on ovecoming that addiction.  Don’t give up!  Keep going back to look – and at some point, a cloud will appear – simply letting you know, the promise of God is fast approaching!  The Price of Passion of sometimes Persistence!